You are what you eat

This quote is a translation of the French phrase “Dis-moi ce que tu manges, je te dirai ce que tu es.” [Tell me what you eat and I shall tell you what you are]. It has been shortened and misquoted as “You are what you eat”. It appears in “Physiologie du Gout, ou Meditations de Gastronomie Transcendante, 1826″, (“Physiology of Taste, or Meditations on Transcendental Gastronomy). It was written by French doctor and gourmand, Anthelme Brillat-Savarin- source 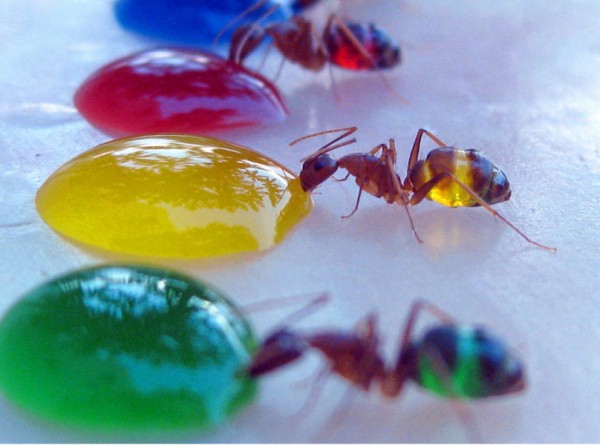 Scientist Mohamed Babu from Mysore, India captured beautiful photos of these translucent ants eating a specially colored liquid sugar. These pictures show their abdomens changing colour as they sip on sugar drops. Some of the ants would even move between the food resulting in new color combinations in their stomachs. The 53-year-old discovered the ants preferred lighter colours such as yellow and green. 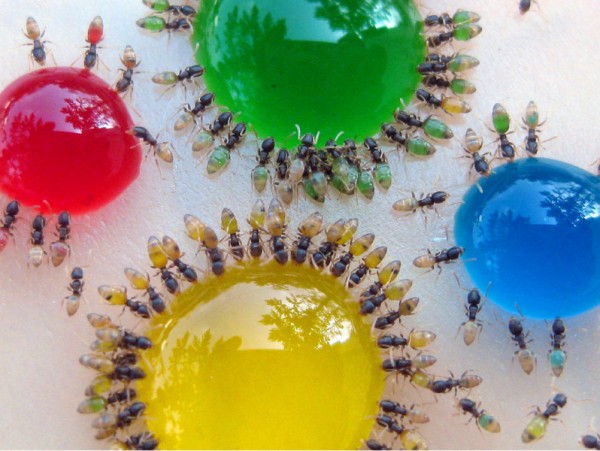 He said: ‘The idea for the photograph came to me after my wife showed me some ants that turned white sipping the spilled milk drops on our kitchen counter. I shot the photo in my garden to take advantage of the natural lighting and set a paraffin sheet with coloured sugar drops near some ants. Even though I could get enough of a crowd within a few minutes, it required several retakes to have a shot up to my satisfaction.’

Read more on this experiment on Daily Mail.